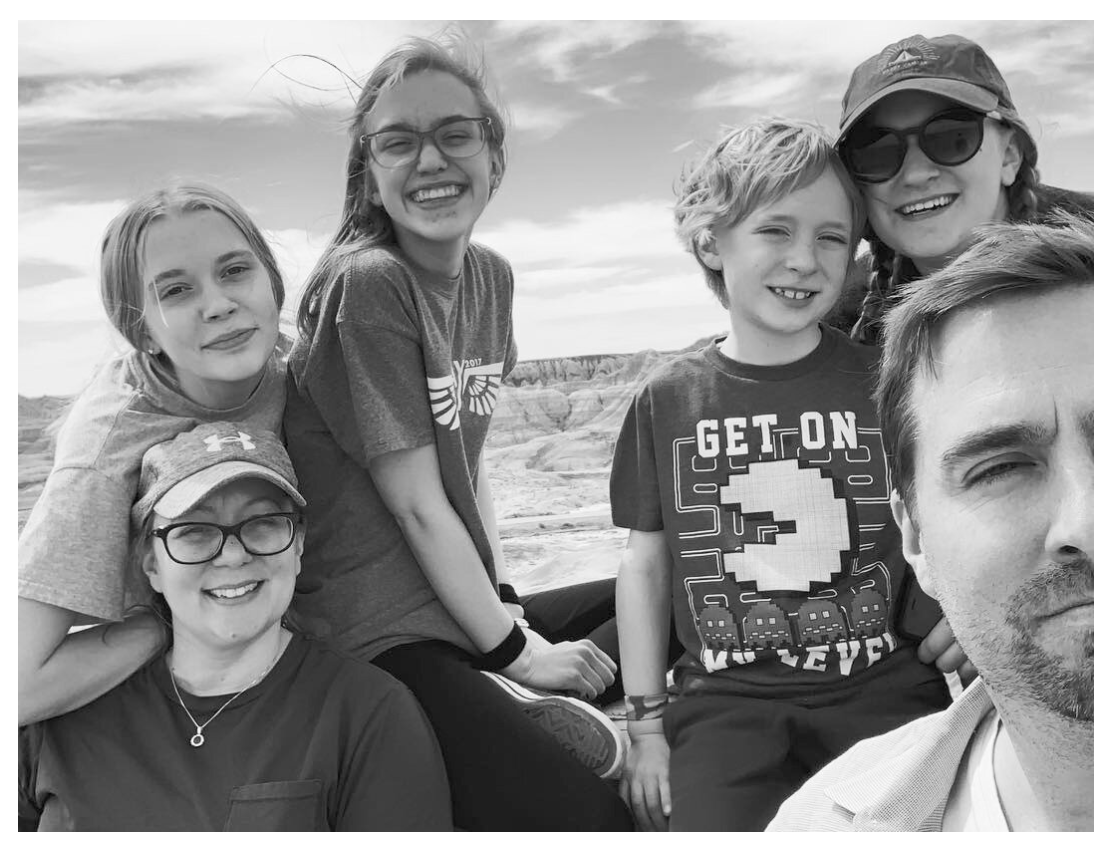 Janis Reinke, and her husband, Jason, took a weekend trip to Vermont while visiting their daughter at college in Boston. During that trip, they fell in love with Vermont. The people, the area, the food movement, they loved everything about the Green Mountain state.

The Reinke's started to search Zillow for properties, and serendipitously they both set their eyes on the same farm, Frog Hollow Farms in Hubbardton. 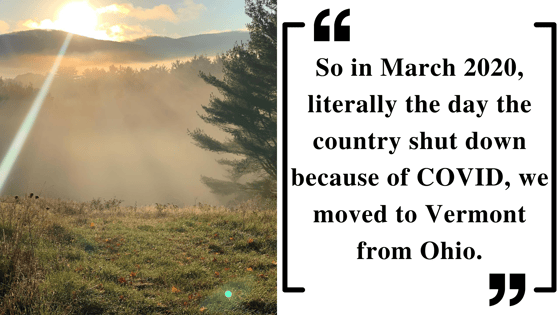 Frog Hollow was established in 1787 by Sam Hubbard as one of the original homesteads of Hubbardton. Hubbardton sits on the western side of Vermont, and the population is just under 1,000 people.

The land itself is rich with history. Red Coats traveled through the farm's forests to the Battle of Hubbardton during the Revolutionary War. The 100-acre farm is postcard Vermont with views of the Taconic Mountains and Lake Bomoseen.

Janis and Jason came to Vermont with a family history of farming and are now the fourth Frog Hollow owners. Janis also brings chef experience and has plans to dive into the state's notable farm to table movement. When Janis and Jason purchased the land, five buildings came with the deed: the house, the main barn, a run-in, an old carriage house, and a corn crib.

The farm itself has never been a working agricultural farm; it was always just animals. Janis and Jason plan to regeneratively restore the lands and buildings, farm heirloom varietals, raise heritage breed cows, chicken, and sheep while creating a food-centric community hub.

Because of COVID, the Reinke's had to get creative while creating their community space in Hubbardton. They had a hard time getting into the Farmer's market, and when they were able to, they were not allowed to offer samples to consumers.

During Vermont's farm week, they created a hike on their property and picnic baskets featuring their produce and other farm foods. 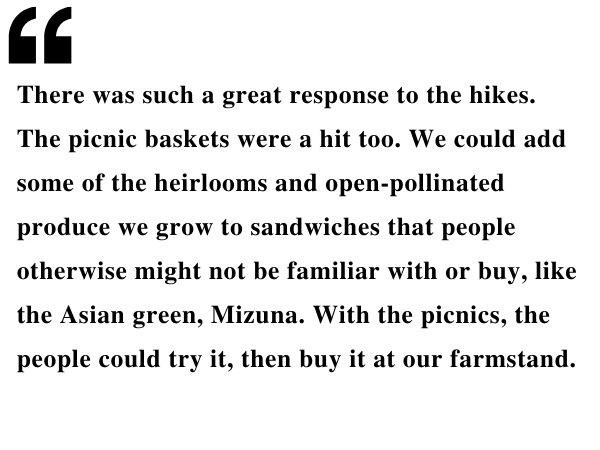 The hikes, picnics, and farmstand started to grow over the summer. Soon other farms began to approach Frog Hollow about selling their products too. 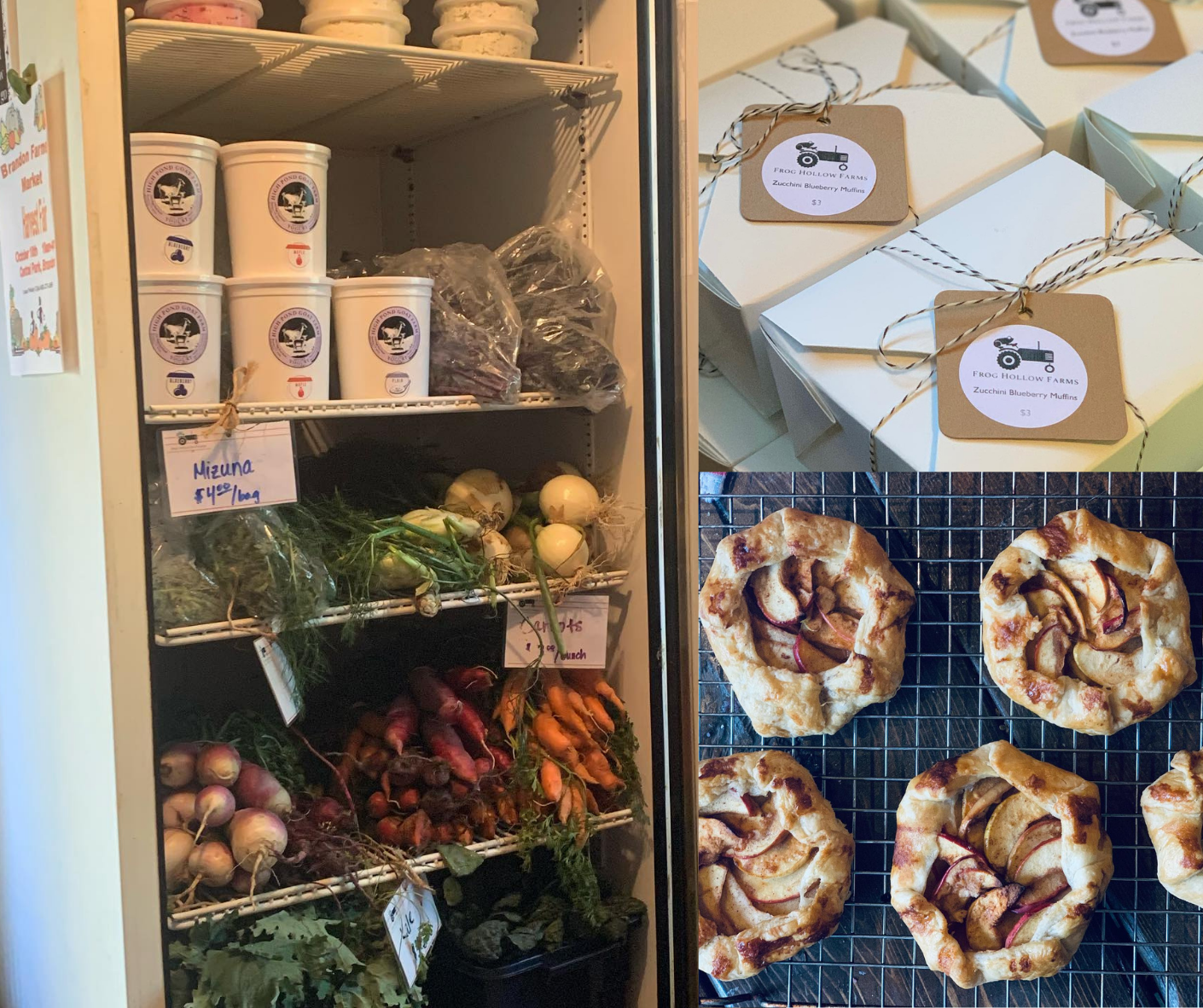 Pictured above, a cooler at the farmstand, and homemade goodies made with farm fresh ingredients.

Vermont has an abundance of fresh food, farms, and local makers, but it still creates a challenge for sourcing because of the remote location of Hubbardton. Janis found Mable through a local maker and was very excited because Mable is one of the few vendors that will deliver to Frog Hollow. She can also easily meet the order minimums on Mable. 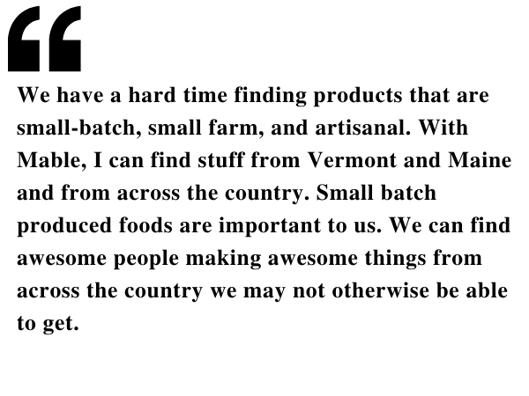 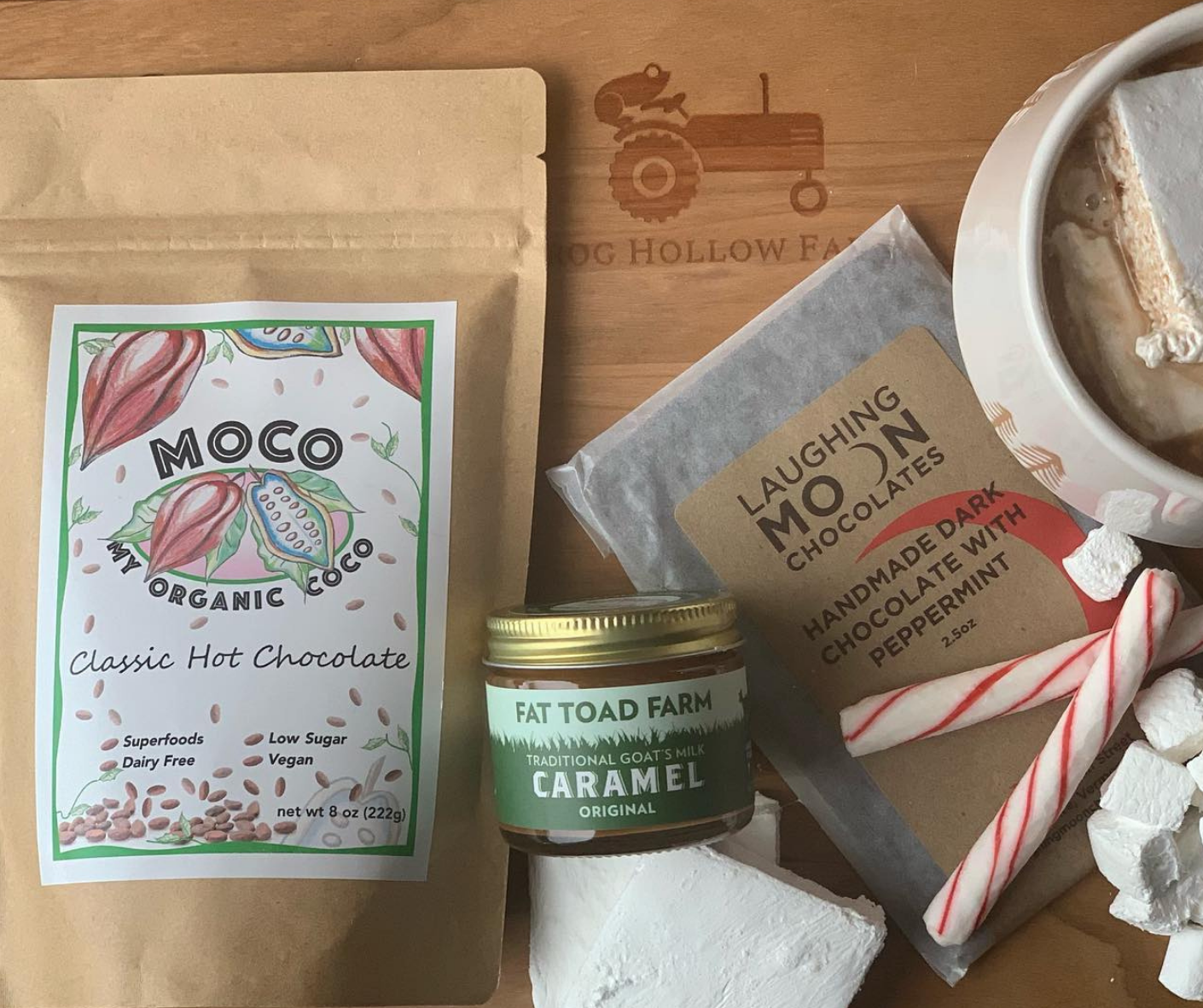 Pictured above: MOCO - My Organic Coco, Fat Toad Farm Caramel, and Laughing Moon Chocolates, which Janis sources on Mable and sells at her farmstand.

Frog Hollow Farm is a small but mighty team. Janis is running the farm day operations and the kitchen, while Jason is working an off-farm job. Frog Hollow also employs a full-time farmhand, a part-time farmhand, and the Reinke's oldest daughter, Rachel, helps with the retail side of the business.

Janis loves owning Frog Hollow and farming because it provides her family of six with the opportunity to spend time outside, together, and to cook their farm-fresh produce in the kitchen. 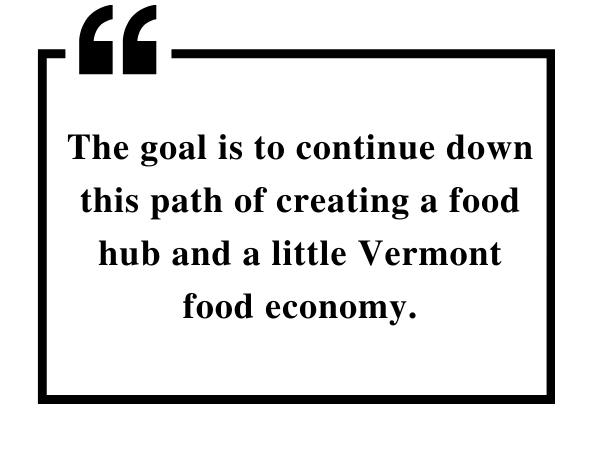 Follow Frog Hollow Farm's journey at www.froghollowvt.com, and on Instagram and Facebook. And, if you are lucky enough to be within reach, pay the farm a visit in Hubbardton, VT.

Mable app on iOS and Android is finally here!

Scan, tap, and reorder. Restocking for your store has never been easier.